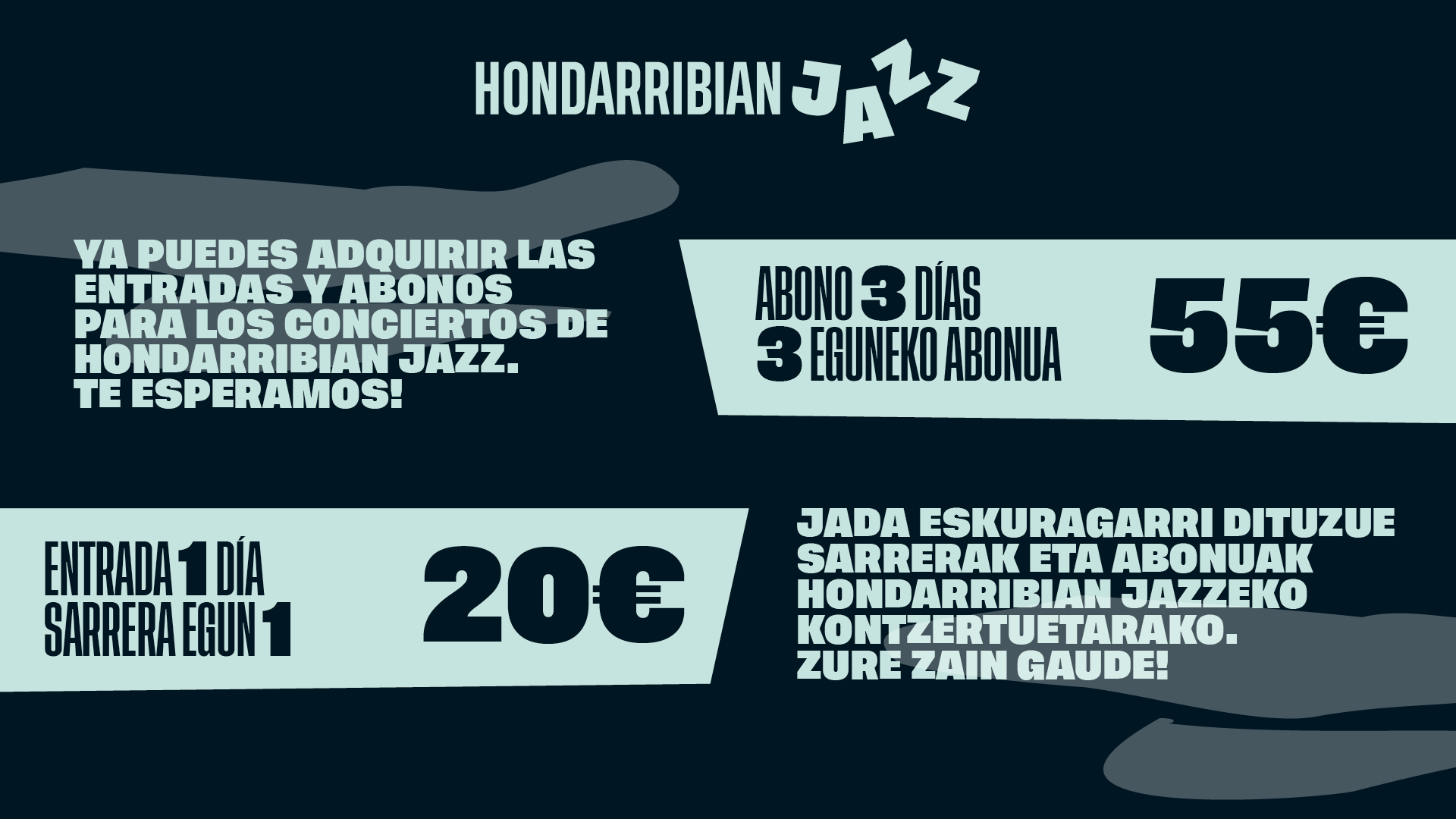 On Monday, June 27, tickets went on sale for the concerts on June 7, 8 and 9 at Itsas Etxea Auditoruma.They will be available at the venue’s box office on concert days, as well as on the Kutxabank website at the link https://www.hondarribianjazz.eus/en/ticket-sales/

There will also be the possibility of purchasing a three-day pass for those who do not want to miss James Francies, Viktorija Pilatovic and Diego Amador.

The New York Times described pianist, producer and composer James Francies as “a pianist with a liquid dynamism in his playing.” Since his debut album Flight captivated listeners in 2018, Francies has expanded personal explorations of sound bending and orchestral approaches to music. Collaborations across stylistic realms-including those with Childish Gambino, Pat Metheny, Mark Ronson, The Roots, Yebba, Chris Potter, Common, Eric Harland, Marcus Miller, DJ Dahi and Ms. Lauryn Hill-have enhanced his development and refined his sound. On the release of Purest Form, his second release on Blue Note, Francies accesses the intimate chambers of his art, interpreting love, pain, fragility and strength. Francies’ expression flourishes across false boundaries of genre and style. He cultivates a celestial fascination with melody and texture. “Music, in its purest form, is an honest space we’re trying to get to, where there are no preconceived ideas of what we think something should sound like,” he says. “When you really tap into who you are inside, musically and as a person, that energy trumps everything else.”

Lithuanian jazz singer, composer, lyricist and teacher based in Valencia. Viktorija Pilatovic is the artist of the “Inner Circle Music” label, created by Greg Osby, with whom she has released three references: “The Only Light” 2019, “Stories” 2017 and “Nica’s Blues” 2013, all with her own material, original compositions and lyrics. The last album received a good review in “Downbeat” magazine and was nominated for “best jazz album 2019” by Premios Carlos Santos, Institut Valencià de Cultura. His music sounds on NPR live sessions, Discópolis Radio 3, Clasica FM and many others. Her voice sounds together with Sílvia Pérez Cruz in “Voces”, the latest big band album of the renowned Spanish saxophonist Perico Sambeat. Viktorija participated in productions with Gilberto Gil, Michael League (Snarky Puppy), Banda Magda and Petros Klampanis. She graduated from the prestigious “Berklee College of Music” where she currently teaches voice. Since 2021 she also teaches at Musikene, San Sebastian.

Diego Amador offers solidity in his career and unique compositions, which make the difference with standard jazz. Flowing naturally between swing and flamenco rhythms is his hallmark. Unique and innovative, the full and deep knowledge of both foundations makes his music is not a graft but true creation with original compositions. His discography is wide and varied citing “FLAMENCO JAZZ TRIBUTE”, as an excellent sample of his talent and live sound.